Is God a Crutch?

Question: Is God not a psychological crutch for the weak-hearted? 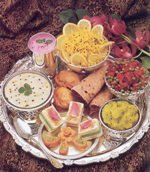 Answer: This argument is advanced by atheists who imagine that weak-hearted people need some psychological support to face the problems of life and so have conjured a helper and protector, God.

Let’s deal with this argument in three parts:

1. Does the psychological need for God disprove the existence of God?

It is true that when faced with life’s problems, many people feel the need for God’s protection, guidance and solace. But to claim that this need for God is all that there is to him, that he doesn’t exist objectively is pathetic logic. In times of thirst, we feel the need for water. Does our need for water disprove the existence of water? Does our psychological need for relationships disprove the existence of relatives? In fact, our deep, essential needs are associated with real objects that fulfill those needs. So the near-universal need for God that is felt by people at some time or other of their lives strongly suggests the existence of a real person, God, who fulfills that need.

2. Could atheism be a crutch for the weak-hearted?

In his book “Is Religion Dangerous?” Keith Ward mentions a number of scientific studies about the relationship between religion and happiness, mental health and altruism. These studies show that religious people are neither weak-minded nor mentally ill. On the contrary, religious people are usually psychologically stronger than non-religious people and they also tend to be happier and healthier, and to live longer and be more altruistic. They tend to be less likely to suffer from hypertension, depression and criminal delinquency. Young religious people tend to lower levels of drug and alcohol abuse, criminal delinquency and attempted suicide. So there’s no scientific basis to support the atheistic claim that people are religious because they are weak-hearted.  In fact, the evidence is strongly to the contrary, as confirmed by Dr Patrick Glynn in his book God: The Evidence: “it is difficult to find a more consistent correlative of mental health, or a better insurance against self-destructive behaviors, than a strong religious faith.”

The Vedic scriptures explain that we are eternally related to God as his beloved parts. As parts, we are always dependent on God, who is the whole. By acknowledging our dependence on God, we regain our innate spiritual potency, which empowers us to grow from weak to strong and from strong to stronger.

You might also like
ArticlesVedic Philosophy
MORE
Prabhupada — the transcendentalist who embodied the best of the traditionalist, the existentialist and the utopianist
Responding to attacks on devotees in Bangladesh
How to overcome hypertension, anxiety and depression during the pandemic
While the world slept …
By using the lower case pronoun for Krishna, aren’t you minimizing his position?
“Unplanned” movie exposes the planned denial of reality surrounding abortion
Comments
Leave a response