What is the spiritual perspective on the serial Raaz Pichhle Janam Ka (The Secret of Previous Life)?

Question: What is the spiritual perspective on the serial Raaz Pichhle Janam Ka (The Secret of Previous Life)? 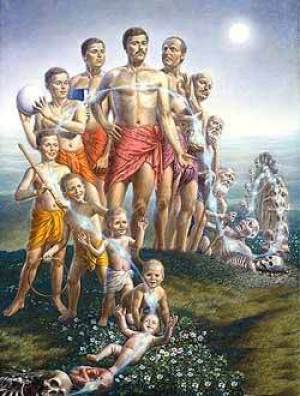 Answer: The serial brought the much-neglected topic of reincarnation to the forefront of the public mind. That, in and of itself, is a significant and positive development. For too long has reincarnation been relegated to the realm of a sectarian, sentimental and religious belief. Reincarnation is not just a Hindu or Buddhist belief; verses confirming it can be found in all the great religions of the world including Christianity, Islam and Judaism, as is persuasively presented in several well-researched books including ISKCON scholar Steven Rosen’s landmark book The Reincarnation Controversy.

Even in science, bold researchers like Dr Ian Stevenson have accumulated strong evidence supporting reincarnation. That’s why both in the east and the west, books on reincarnation are becoming increasingly popular. The serial Raaz Pichhle Janam Ka was an example of this phenomenon.

One problem with such popular renditions is that they often romanticize and sensationalize reincarnation, thus distracting people from its serious implications. Many people fancifully imagine about their past life and some even try out past-life regressions. No doubt, such regressions can give factually accurate information about the person’s past life. No doubt, they can free people from phobias caused by past-life traumas. But they can do nothing to save us from future traumas – in this life and the next. We still have to undergo the trauma of old age, disease and death in this very life. And as souls who will take another body in our future life, we will have to undergo these traumas again and again. Unless we try to understand Raaz Agle Janam Ka (The Secret of the Next Life).

This secret is clearly explained in the Bhagavad-gita (8.4-5) in terms of the law of last thought.  Whatever is our last thought while dying becomes the template on which our next body is built. So an intelligent person chooses to think, at the time of death, of God and of one’s eternal relationship with him. Thus one can gain an eternal spiritual body in God’s kingdom, where one goes beyond all bodily traumas.  But we can’t think of God at the time of death without practice; our last thought will generally be about our deepest attachment be it wealth, estate, spouse, children or whatever. Therefore, we need to practice thinking of God during our life by chanting his holy names like the Hare Krishna mantra. Then we can reclaim our lost eternal life, which is the highest benefit of the knowledge of reincarnation.

The serial tries to illuminate the past; the Gita illuminates the future. It’s for us to pick the raaz that matters most to us.