Question: Bhakti, with its emphasis on prayer, submission and surrender to God, seems very anti-ambitious and anti-heroic. Doesn’t this make a devotee weak and effeminate?

Answer: Not at all. 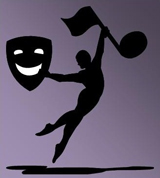 All of us have a desire to do something special, wonderful, heroic. But most people fail to go beyond daydreaming. The few who are talented and dedicated and fortunate enough succeed in becoming heroes – but only for a distressingly brief period. As age catches up with them, their degenerating bodies and declining talents let them down and their heroism slips away inexorably. Finally death makes heroes into zeroes – as souls with nothing at all, who then have to go to their next bodies where they restart their permanently doomed quest for heroism.

Bhakti-yoga offers us a positive alternative in our quest for heroism. If we try to do something heroic in service of the supreme hero, God, then that heroism does lasting good to ourselves and to others. For example, if we have musical talent and compose devotional music that brings our own hearts and others’ hearts closer to God, then that increased proximity to God will give us far deeper fulfillment than fame as a popular musician. Additionally, through our music, we will share with others not just fleeting mundane entertainment but lasting spiritual fulfillment. Moreover, if we sincerely glorify God with our existing talent, he may increase that talent manifold so that we can do more good for the world. Last and far from the least, even if we have only modest talent, still glorifying God with that talent will give us far greater satisfaction than what the most talented musician will get by composing popular worldly music.

By glorifying God with whatever talents and resources we have, all of us can become heroes. We may or may not make headlines in the public eyes, but we will make headlines in God’s eyes and will do real good to others, which is the essence of true heroism. Lord Krishna calls upon Arjuna to become a spiritual hero in the Bhagavad-gita (11.33), “Therefore get up. Prepare to fight and win glory. Conquer your enemies and enjoy a flourishing kingdom. They are already put to death by my arrangement, so be an instrument in the fight.”

Consider the example of the quintessential bhakta: Hanuman. He is assertive, intelligent, resourceful, dynamic and powerful. Hanuman is no doubt a servant of

the supreme hero Rama, but he is also a hero in his own right. Hanuman is often depicted with folded palms holding a mace. The folded palms symbolize bhakti (devotion), and the mace symbolizes shakti (power). Thus, by personifying the paradoxical blend of bhakti and shakti, Hanuman invites each one of us to devotionally fulfill our dream of heroism.

Posted In
Articles, Yoga & Bhakti
Tags
About The Author

You might also like
ArticlesYoga & Bhakti
MORE
Responding to attacks on devotees in Bangladesh
The Kashmir Files Reflection: Tolerance at the cost of truth destroys both
Prabhupada — the transcendentalist who embodied the best of the traditionalist, the existentialist and the utopianist
How to overcome hypertension, anxiety and depression during the pandemic
While the world slept …
By using the lower case pronoun for Krishna, aren’t you minimizing his position?
1 Comments
Leave a response