Why does God demand faith?

Question: If God exists, why does he not reveal himself to us? Why does he first demand faith before we can know and see him?

Answer: When we ask a question like this, we often forget that acquiring even worldly knowledge requires faith and training. Let’s consider a few examples: 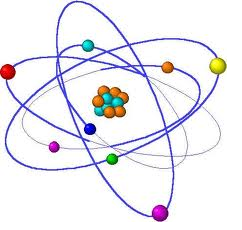 1. If we were to ask a group of people, “Do you believe in the existence of a lepton or a baryon?” most people would give us an uncomprehending look. Those who know that these terms refer to subatomic particles will say, “Scientists say – and so I believe – that these particles exist.” Such deference to scientific authority for matters beyond ordinary jurisdiction is reasonable and desirable.

Yet to the question, “Do you believe in the existence of God?” almost all people in the same group will express some opinion; the atheists will be assertive, even aggressive, despite the fact that this question is far beyond their jurisdiction. Worse, they will condemn deference to spiritual authority as blind faith.

2. Consider the incomprehensibility of the cutting edge branch of quantum physics. Noble Laureate physicist Richard Feynman states, “[our current physics] describes nature as absurd from the point of view of common sense. And it agrees fully with experiment. So I hope you can accept nature as she is – absurd.” A quantum physics student has to accept on faith that the universe is filled with particles that are intrinsically unobservable and undergo training for eight to ten years before he can begin comprehending quantum reality. Yet when spiritual teachers ask for something similar: accept the existence of God and train yourself through material regulation and spiritual meditation to experience higher reality, objections abound, “Why should I follow any rules? All this is unscientific.” An atheist giving an argument like this is similar to a judge declaring the verdict before even starting the hearing of the case. 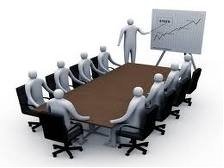 Such blatant double standards beg the question: Is no training, no qualification needed to pass judgment on spiritual matters? ISKCON founder-acharya Srila Prabhupada, during his talk at MIT (Massachusetts Institute of Technology), famously asked, “In MIT, why is there no department to study the almighty?”

It required years, decades and centuries of sustained training and effort for us to begin comprehending God’s creation through science. God is the profoundest and loftiest of all things and beings and is far greater than his creation. Then why should we object to the little training and effort that is necessary to comprehend God through spirituality?

When we understand God’s exalted position, we will recognize that his demand for faith is not at all unreasonable; rather it is our demand to see him without reposing any faith or taking any training that is unreasonable.

You might also like
FaithGodArticlesVedic Philosophy
MORE
How can we strengthen our faith, especially while going through mood swings?
​How can we prevent our faith from going down with the passage of time?
​How do we see people who use their faith to justify their bigotry?
​Science is based on curiosity to know – where does faith come in?
Is seeing believing?
05.29: Krishna’s ways: Not always pleasant, but always benevolent
2 Comments
Leave a response