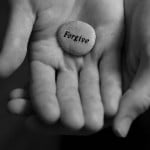 Question: Spiritual wisdom-traditions often glorify forgiveness as a virtue, but isn’t it impractical and foolish to forgive someone who repeatedly hurts us? 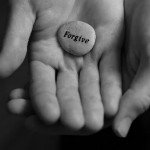 When someone hurts us, forgiving that person is our best response. But often our indignant emotions make us overlook the subtle but vital line that differentiates forgiving a person from trusting a person: forgiveness is for the past; trust is for the future. We are urged to immediately forgive, but not immediately trust, the wrongdoer. Let’s explore this difference.

Whatever wrongs a person has done in the past can’t be changed; as long as we resent the past, we stay stuck in it. Consequently, our thoughts, words, actions and even lives may become resentment-driven, causing us to either clam up or blow up. When we clam up, we drive our anger deep within, thereby unnecessarily inflicting ugly scars on our psyches that may distort our personality. When we blow up, we drive our anger outward not just to the wrongdoer, but to whoever crosses our way at the time of blowing up, thereby creating an undesirable public image of being irritable. Thus both the resentment-driven responses – clamming up or blowing up – are unproductive, nay counter-productive.

Therefore, the best response is that which frees us from resentment – and forgiveness alone can do that. When we forgive a person, we accept the ground reality that the other person being a fallible human is imperfect – as are we. We too may err tomorrow and be in need of forgiveness. In fact, the logic of karma suggests that we may have hurt someone in the past, just as someone has hurt us now. We then see the wrongdoer not as the cause, but as the vehicle, of our suffering, which originated in our own past insensitivity. Underscoring this philosophically informed vision, Srila Prabhupada would recommend that we eschew becoming angry with “the instruments of our karma.” Even if our indignant feelings make the logic of karma difficult to digest, still forgiveness retains its potential to free us from resentment.

So, we needn’t make our forgiveness conditional to the other person’s seeking it, but we should certainly make our trust conditional to that person’s earning it by sustained improved behavior. Conveying our forgiveness helps that person avoid the pitfall of self-justification, and holding back our trust avoids the pitfall of that person remaining oblivious to the past wrongdoing. Forgiving a person certainly doesn’t mean that we let the other person continue the hurting behavior; that would be masochism and there’s nothing laudable or spiritual about masochism. At the same time, it needs to be stressed that there’s nothing intrinsically laudable or spiritual about cultivating and actualizing revenge fantasies. So, we need to find that balanced course of action which allows both us and the other person to grow spiritually. This balance can be better grasped through historical and practical examples.

To summarize, forgiveness involves our cultivating virtue independent of the other person, whereas trust is our reciprocation conditional to that person’s cultivating virtue. By carefully understanding the difference between the two, we can transform unfortunate episodes in our relationships into spiritual growth opportunities at least for ourselves – and possibly even for the other person.

An expanded version of this article is available here

You might also like
karmaKrishnarevengeViduraArticles
MORE
How is it fair to be punished for past karma without being told what that karma was?
What karma should we avoid so that we won’t have to suffer?
When we make choices, where does our karma fit in?
How can we overcome the infection of karma and jnana?
Why do we get karmic reactions for one life in another life?
Does existence alone go from one life to another without carrying any karma from the past?
8 Comments
Leave a response