Flight wings give wings to the flight of realization 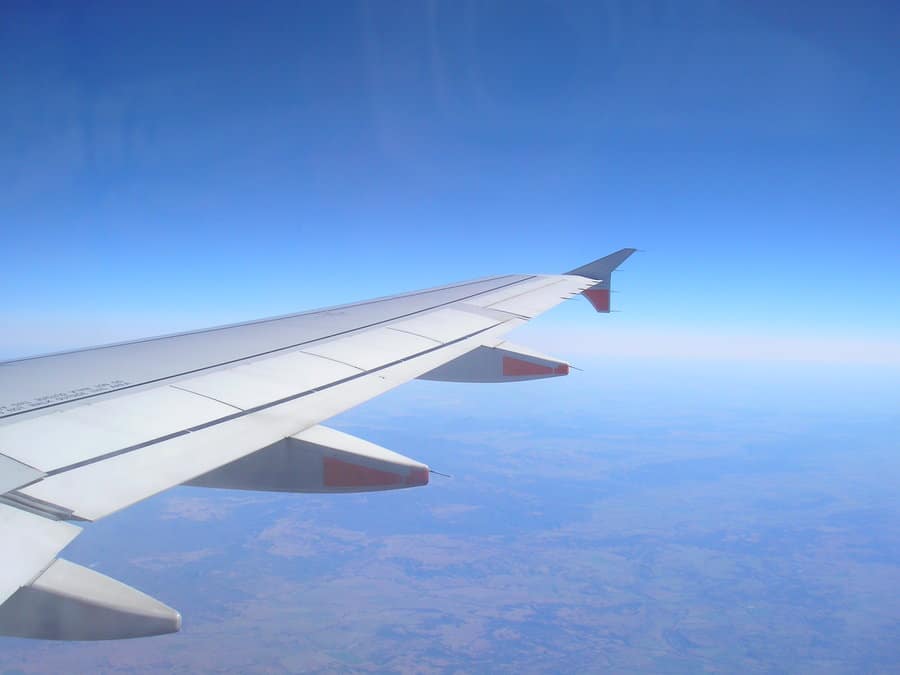 While returning by flight from Bangalore to Mumbai, I was allotted the window seat. I usually ask for the aisle seat so that I can get up and use the restroom when necessary without inconveniencing others. But on this day, the aisle seat was unavailable. My window seat happened to be in the last row at the rear end of the plane. From that seat’s window, I could see the wing of the plane spread out.

When the plane started off, I was praying and chanting with closed eyes. After some time, when the plane was high in the sky, I opened my eyes and looked out of the window. I was intrigued to see that the plane appeared to be moving at a leisurely pace, akin to a stroll.

When I looked down and caught sight of a city rushing behind far below, I got some sense of how fast the plane was moving. On enquiry, I came to know that its speed was over seven hundred miles per hour.

As I contemplated how the frame of reference shapes our perception of things, my thoughts went to my favorite book – the Bhagavad-gita – and its description of how spiritual knowledge changes our frame of reference. The Gita (02.13) informs us of our spiritual identity and then (02.15) indicates the resulting change of vision: Seers of truth focus on the unchanging spiritual, beyond the changing material.

I was under some stress because of having multiple deadlines to meet. I had to prepare for a seminar series starting the next day at Bhaktivedanta hospital; I had to write one article and one reflection for BTG; I had to do sixty advance Gita-daily video recordings for the next two months when I would be traveling and wouldn’t have the facility to do video recordings; I had to edit and finalize my book on reincarnation which is my first book to be published by a mainstream publisher. And I had to do all this before my US trip began on 31st. And, of course, I had to take care of all the travel logistics too.

That thought inspired me to absorb myself in chanting intensely. And as the holy name entered deeper into me and I entered deeper into the holy name, I started feeling my stress fading out. Krishna had enabled me to meet many writing deadlines in the past and he would enable me to do so now too. Even when I had failed to meet some deadlines, the world had not come crashing down – Krishna had taken care of things even then. During my past international tours when I had been far less experienced, Krishna had guided me; he would surely guide me now too. My purpose in life was not just to meet deadlines – my purpose was to use those deadlines as spurs to focus on Krishna. If I let deadlines distract me from him, I was letting the means come in the way of the ends instead of letting them be the way to the ends.

As my frame of reference changed from the world to Krishna, I found myself becoming more reassured, more focused, more satisfied. The flight wings had given wings to the flight of realization. And as my consciousness rose towards the spiritual, I sensed the proximity of Krishna and relished the security of absorption in him.