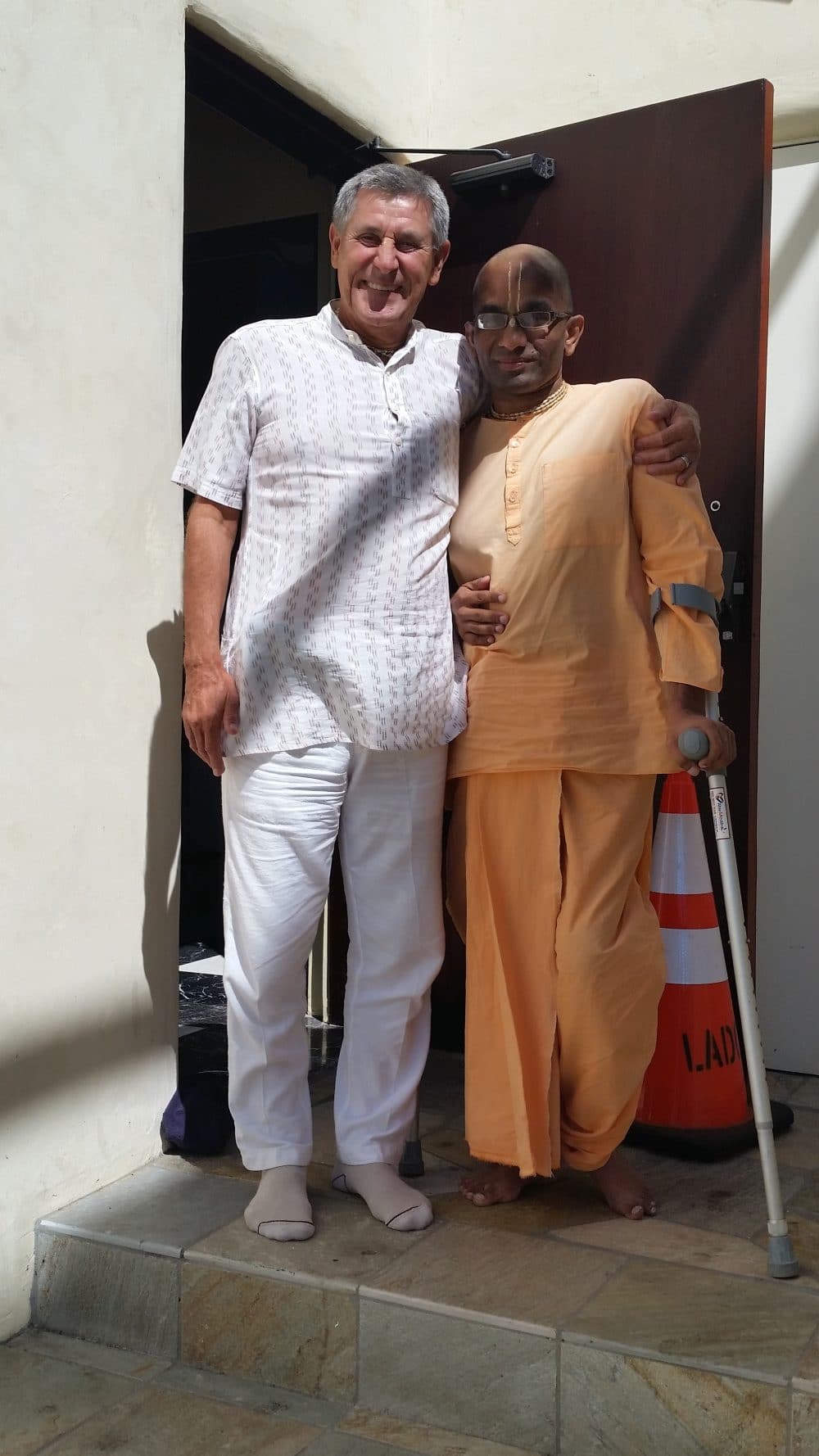 During my 2016 US tour, I have been blessed with a lot of inspiring association of many senior Vaishnavas.

While I was in Los Angeles at the lotus feet of Their Lordships Rukmini Dvarkadhisha in New Dwarka Dhama, I got more than two hours of association of the Temple President H G Svavasa Prabhu. He personally showed me the Prabhupada quarters that have been preserved as it is. He explained the significance of the many Prabhupada paraphernalia and memorabilia, even telling some special Prabhupada pastimes.

Svavasa Prabhu explained how he was entrusted the charge of the temple when it was in a major crisis with the then-leader and his followers leaving bhakti and with the few remaining devotees having extremely low levels of trust and morale. Since then, under his mature, gentle and wise guidance, the temple has blossomed once again, wherein its festivals are especially attractive and are marked with huge, enthusiastic participation. The Watseka Avenue on which the temple is situated is the only place in metropolitan America where a whole community of devotees stays around a temple.

Learning about how Svavasa P has strived so much to manage and lead the temple enhanced my appreciation for him. It also reminded me of my spiritual master, H H Radhanath Maharaja, who has similarly toiled to raise the Radha Gopinath temple from its spiritually weakened state three decades ago to its present spiritually vibrant state.

Svavasa Prabhu’s association reminded me of Radha Gopinath Mandir in another way: by underscoring the need for competent management to facilitate serious intellectual work. Drutakarma Prabhu, a leading devotee-scientist whom I know for more than a decade, once told me that he chose to stay in the LA temple because it was so well-managed that he could peacefully focus on intellectual work while living in the temple’s spiritually potent atmosphere. On contemplating that I too was in a similar situation, I felt grateful to the managers of Radha Gopinath temple, for their efficient management enables me to undistractedly focus on my writing and online outreach service.