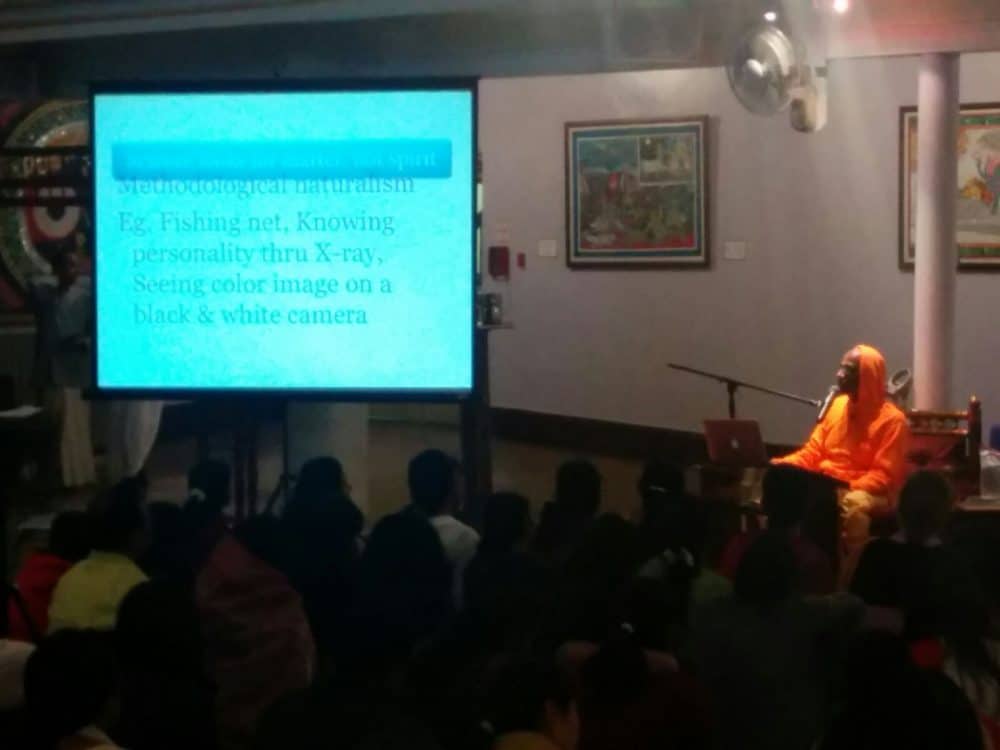 On 9-10-16, in Canada, I spoke on science twice in the same day – and both at temples, and that too in Sunday feast classes. I spoke on “What near-death experiences mean for us” at ISKCON, Brampton, which is a suburb in Toronto, and on “Science vs Religion” at ISKCON, Toronto.

What near death experiences mean for all of us
https://www.thespiritualscientist.com/…/%E2%80%8Bwhat-near-…/

During this trip, I have earlier spoken on a science-related topic once “Do we need spirituality in the age of science” at the Sunday feast class at Washington DC.
https://www.thespiritualscientist.com/…/%E2%80%8Bdo-need-sp…/

In India, I usually speak on topics related to science & spirituality at colleges and youth centers, practically never in temples.
During this trip to America, I am increasingly appreciating that speaking to Indians in America is substantially different from speaking to Indians in India. Indians in America are among the most materially intelligent Indians who have passed through rigorous competition with flying colours in order to make it to America.

Among our movement’s leaders in the West, there is great concern that not many Western people are coming to our movement, only Indians are taking it up. While the lack of Western participants is a matter of great concern, that concern shouldn’t lead to minimising of the Indians who are coming. These Indians are often high-caliber people, the kind whom we would be proud to welcome in our temples in India.
Whereas in India a science-spirituality topic in a Sunday class would often be met with many blank stares, in America it was met by most attendees with avid interest, thoughtful questions and enthusiastic appreciation.

After my scientific talks, several devotees appreciated the points, some saying that their long-standing doubts were addressed and some saying that they felt better equipped to answer questions that they often face. Hearing their appreciations brought into sharp focus a thought that had been nascent within me: In today’s world, speaking on science is essential to help many people gain access to bhakti-rasa.

Speaking on science in front of the beautiful Deities – and the temples that I have spoken at have often have high-quality Deity worship – might seem to some as rasa-abhasa. But I recently remembered a Prabhupada pastime, wherein during his last days, he was talking animatedly with Bhakti Swarupa Damodara Maharaja about scientific outreach. When Tamal Krishna Maharaja, thinking that Prabhupada might be tired, asked him whether he would like to have kirtan, Prabhupada forcefully replied, “What do you think we are doing? This is kirtan.”

Senior devotee-scientists such as Bhakti Swarupa Damodara Maharaja, Sadaputa P and Drutakarma P have done this scientific kirtan in a far more deeper and wider way than what I ever can. Following in their illustrious footsteps, I feel grateful to be able to do this service of scientific outreach in my own small way.