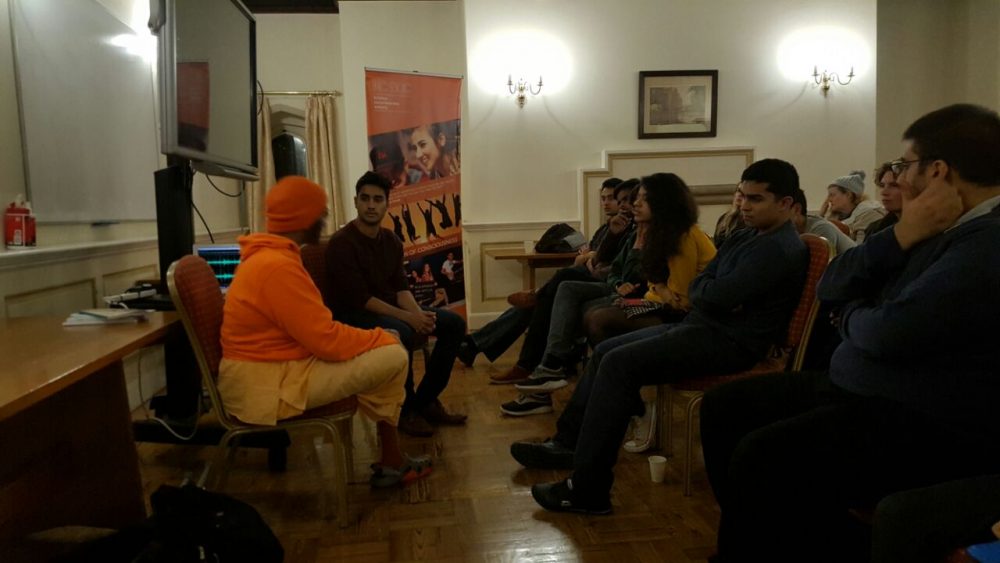 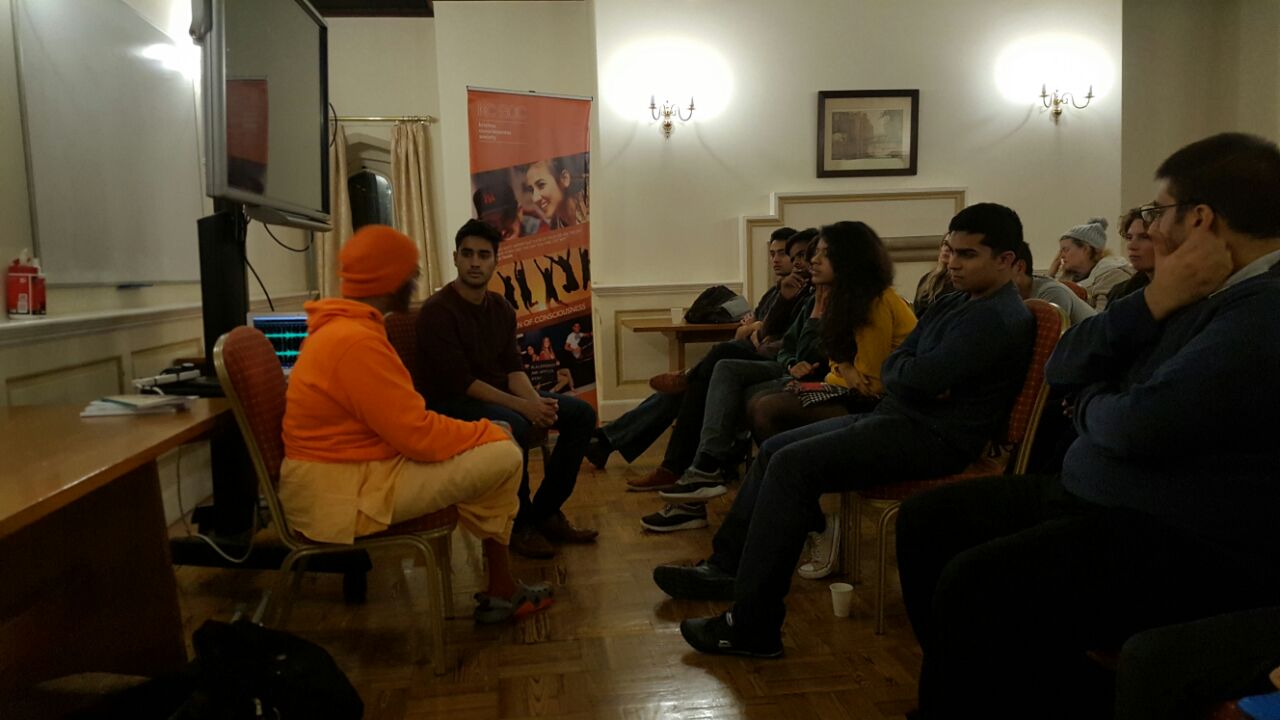 During the London leg of my tour of the West, the most memorable engagement was a talk show at Queens College, Cambridge University. The format was that the program coordinator acted as a host for a talk show entitled “Debunk the monk.” He shot a flurry of questions at me, challenging my beliefs and practices and the students got into the spirit and followed shoot. I was enlivened by the program format and the QA soon went in the direction of science and spirituality, as I had hoped.

Ever since I had read Richard Dawkins “The God Delusion” about a decade ago, I had been itching for an opportunity to counter the many fallacious arguments therein. And here in UK, in the land of Dawkins, I was handed that opportunity when a student quoted Dawkins and repeated his question: “If God created everything, who created God?” The question was like giving a juicy half volley to an aggressive batsman and I duly dispatched it, repeating the answer I had written here and spoken here. As the students heard logical and persuasive answers, they opened up and we went over the whole gamut of standard questions about God ranging from his relationship with science (my one-line answer: God is not an explanatory alternative to science; he is the explanatory foundation for science) and the problem of evil (my one-line answer: Suffering exists not because of God but in spite of God – he is the cure for suffering, not its cause). 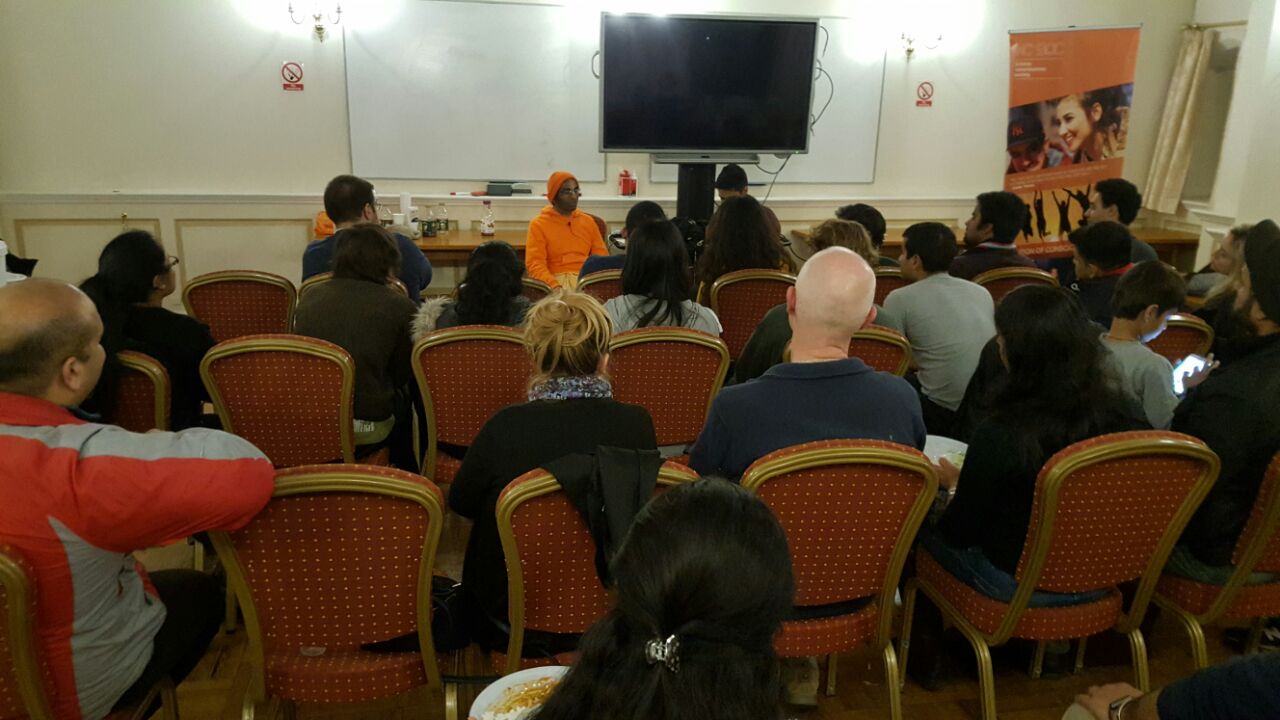 Overall, this was my most intellectually intense QA session on science & spirituality, far more intense than what I have had with IIT students in India. After the QA session, the coordinator said that next year they would try to organize a bigger program at the celebrated Cambridge Union.

While going to the program venue and returning form it, I crossed over the famous mathematical bridge at Cambridge. For many students, that bridge is an intellectual pilgrimage place and it would have been for me too, twenty years ago; it would have filled me with awe at the power of science and the brilliance of scientists.

But now it filled me not so much with awe as with sadness. While I do respect the knowledge-acquiring power of science and the change-producing power of technology, I am increasingly aware of how science has been hijacked by materialists and atheists to propagate their own world-view.

Pioneering scientists saw their scientific discoveries as spiritual insights into God’s way of working through nature – consider Newton’s quote on making a discovery: “O God, I think Thy thoughts after Thee.” Unfortunately, over the centuries, science has become increasingly divorced from spirituality, till we now have Dawkins claiming that science enabled him to become “an intellectually fulfilled atheist.”

The rupture of science and spirituality has fragmented the human person between the heart that seeks higher purpose to life and a head that seeks rational explanations of nature. Bhakti-yoga with its potent experiential dimension has the potential to be recognized as a spiritual science, thereby helping heal this divorce at the core of humanity.

Of course, that healing operation needs hundreds of brilliant brains working in tandem and we can only do our small part and wait for Krishna to arrange for his agents to do the rest. 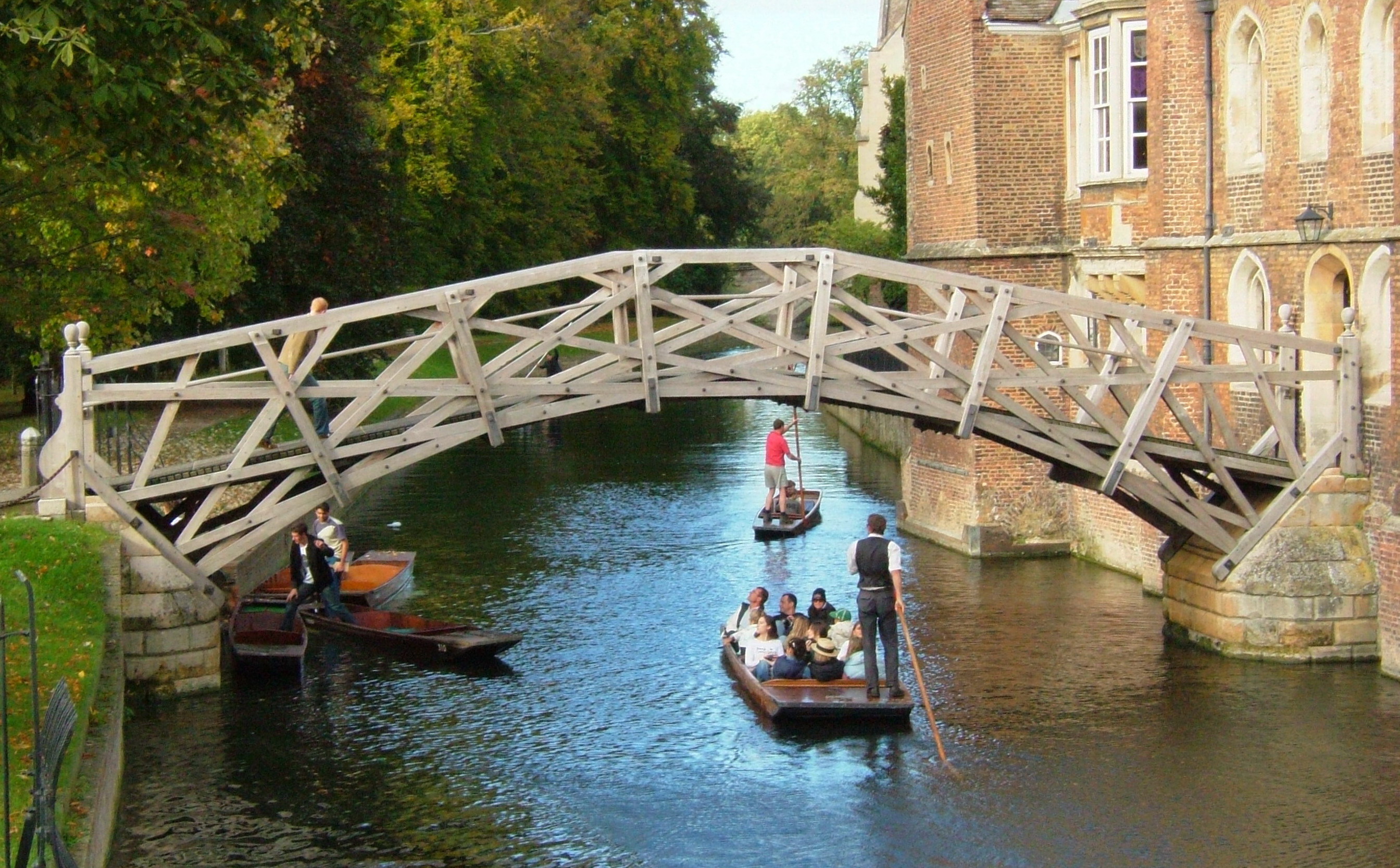 While the talk show enlivened me, walking over the mathematical bridge sobered me as I contemplated the enormous intellectual work that remains undone.

The talk audio is here: