Caring for the minds of those who care for sick minds – Program at Carrier Clinic, Central New Jersey 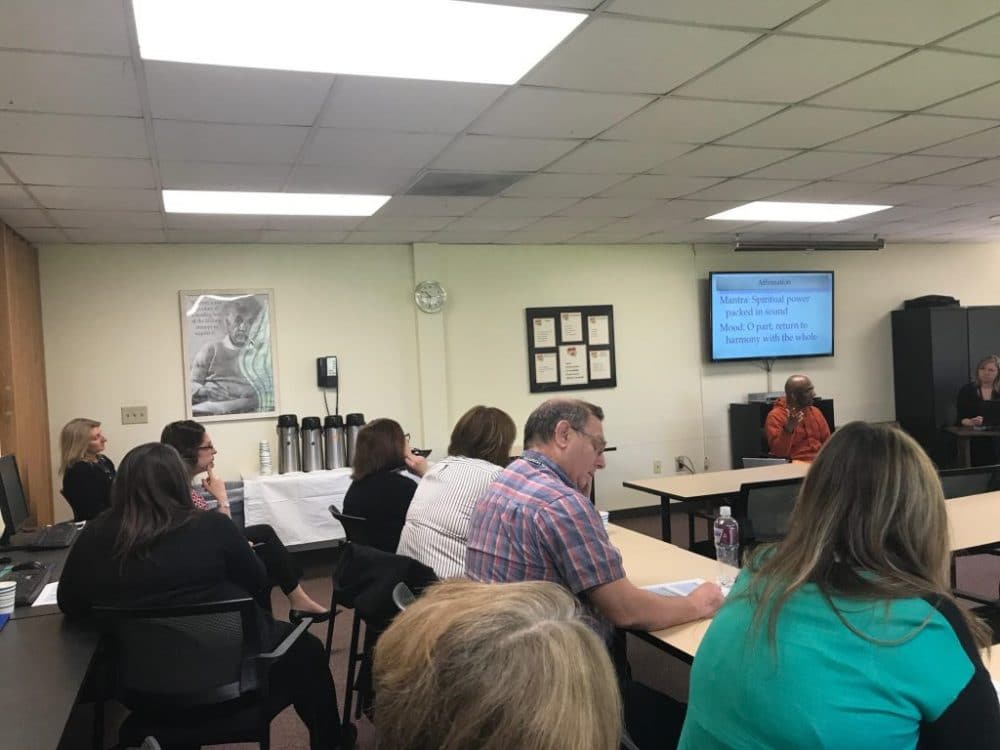 My tour to the West in 2017 was the longest till date, lasting for three months and extending across forty cities in five countries: USA, Canada, Trinidad, Panama and UK. During the tour, by Krishna’s mercy, I gave around 132 classes and answered around 1000 questions. Here I share some of the highlights of the tour.

This article is part of a series of articles about the recent Western tour – similar articles will be published daily for the next ten days or so.

Carrier Clinic is a behavioral healthcare center specializing in psychiatric and addiction treatments. In both the talks, I focused on the mind, analyzing its functioning from different perspectives.

The first talk was on “Spirituality changes how we perceive, process and pursue.” After the talk, one of the participants, a counselor for teens recovering from addiction, said that she had noted as many points as she could, but if there had been a book with this content, she would immediately have ordered it and recommended it to her clients.

The second talk about a month later was on “From will and power to willpower.” After the talk, a participant, a trauma therapist, said that the level of insight about the mind was so deep that he felt inspired him to study the wisdom-text (Bhagavad-gita) from which it had been drawn.

The talk was organized by Prem Chaitanya P, who is a consulting doctor at Carrier Clinic, and Devakinandan P, who is the vice-President of our Central New Jersey temple and who coordinated with the leaders of the various places I visited in America.

Full article can be read here