1967: Got third heart attack and returned to India for treatment: 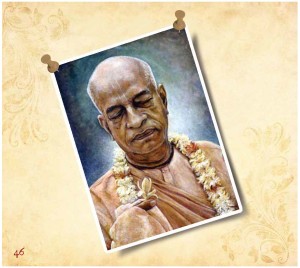 The strain of the Swami’s relentless outreach efforts took a heavy toll on his seventy-year-old body. One fateful night in San Francisco, he got a heart attack – his third – and it was nearly fatal. By his determination to carry on his master’s mission and by the fervent prayers of his followers, he pulled through. But the convalescence took time and the cold American weather didn’t help. So, he decided to return to India for its healing warmth and its holistic Ayurvedic treatment. His disciples, who were in their physical youth and in their spiritual infancy, were forced to grow up rapidly as the responsibility for carrying on their master’s mission was thrust on them. During his absence, they were nourished by his regular affection-filled letters – a mode of communication that the Swami would use extensively to guide his followers. Their love for him grew in separation. And a year later, they welcomed their beloved Swami, now recovered and rejuvenated, back to America.

They recognized that their master had saved them from directionless and meaningless lives. In gratitude and reverence, they longed to address him with a title more special than “the Swami.” Accordingly, after consulting him, they started addressing him with the honorific “Prabhupada.” The title refers to one who has taken shelter of the feet (pada) of God (prabhu).  Abhay Charan thus metamorphosed through Abhay Charanaarvind, A C Bhaktivedanta, AC Bhaktivedanta Swami to Srila Prabhupada, the last being the name by which he would be lovingly addressed by millions the world over.