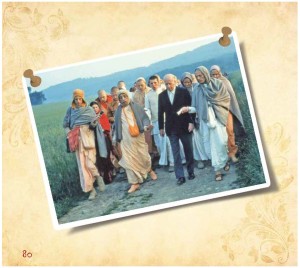 Recognizing the enormous influence that science had on the modern mind, Srila Prabhupada inspired his scientist-followers to form a special wing for scientific outreach: Bhaktivedanta Institute. Drawing insights from the Vedic literature, this wing would counter the atheism that had hijacked contemporary science and give the spiritual paradigm its due place in science. Today, many of his followers carry on the legacy of scientific outreach by presenting papers, arranging conferences and writing books.