Question:  Is the concept of God not created by man to maintain morality in human society?

Answer: Not at all. 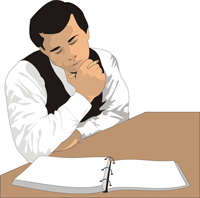 This argument is advanced by those who imagine God to be a mere subjective conception, not an objective reality. But the fallacy of their reasoning is seen by placing their argument in a different context: is preventive medicine not created by man to maintain health in human society? Yes. But does this prove that preventive medicine doesn’t exist? Obviously not. Similarly, awareness of God’s existence can indeed help maintain morality in society, but this does not prove God’s non-existence.

The argument that God is created by man also fails to answer the more fundamental questions: Who created man? And who created man’s sense of morality?  If we let the enormous scientific evidence of order, harmony and structured organization speak for itself, it unambiguously points to the existence of a super-intelligent designer. As Isaac Newton stated, “The wonderful arrangement and harmony of the cosmos would only originate in the plan of an almighty omniscient being. This is and remains my greatest comprehension.” 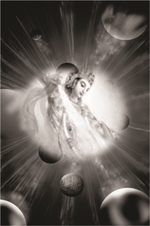 Our sense of morality – the inner awareness of right and wrong – is almost universal. People from different cultural upbringings may disagree about what constitutes right and wrong, but nobody disagrees to the principle of there being right and wrong courses of action. Can atheists explain the origin of this sense of morality? According to them, all actions are guided by only one principle: survival of the fittest.  Then why do people risk their own survival to ensure the survival of others, as in fire accidents or swimming mishaps? And why do the rest of us consider such saviors to be glorious? Obviously, the “survival of the fittest” notion, when applied to human morality, is not fit enough to survive. Then where does our moral sense come from? The Bhagavad-gita (15.15) describes that it comes from our creator, who has the original sense of morality and who is from within prompting us to make right choices, choices conducive to our long-term inner growth and not just our immediate survival.

The Vedic scriptures also equip us to personally confirm the existence of God. They teach bhakti (devotion) as a scientific process that delivers experience of God, an experience so satisfying that it makes us indifferent to all other experiences. The easiest way to cultivate bhakti is by chanting God’s holy names. Chanting has empowered millions of people all over the world to break free from bad habits like smoking, drinking, taking drugs, thus proving that they have experienced God – and that God exists.

If we too open our minds to experience God by chanting, then we can confirm for ourselves that man – and his moral sense – is created by God, not vice versa.

You might also like
ArticlesVedic Philosophy
MORE
Responding to attacks on devotees in Bangladesh
The Kashmir Files Reflection: Tolerance at the cost of truth destroys both
Prabhupada — the transcendentalist who embodied the best of the traditionalist, the existentialist and the utopianist
How to overcome hypertension, anxiety and depression during the pandemic
While the world slept …
By using the lower case pronoun for Krishna, aren’t you minimizing his position?
Comments
Leave a response