A Bhagavad-gita view of religious diversity 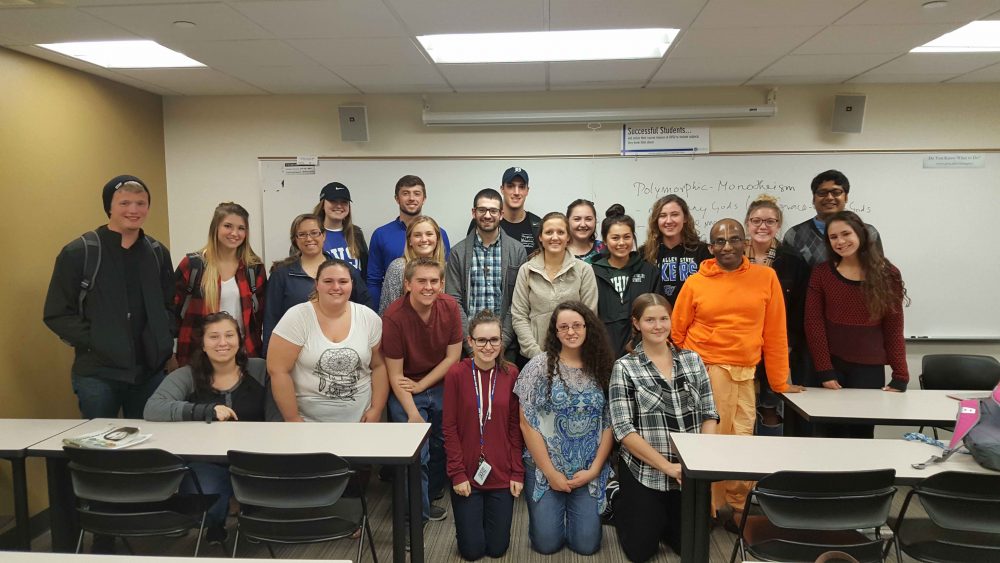 One of my closest friends, Dr Abhishek Ghosh, who is a faculty member at Grand Valley State University, Michigan, USA, invited me to speak to his students for a World Religions course. As most of the students were from a Christian background, he asked me to give an insider perspective on how I as a Hindu see Christianity in particular and other religions in general.

I spoke on how God is bigger than the religions we dedicate to him (Religion is meant for God; God is not meant for religion) and that we need to understand the purpose of exclusivist statements found in certain religions: they are meant to create focus, not proclaim an absolute truth.

After the class, when a student asked whether the God of different religions is one or different, I explained that the God of revelation is one, but the gods who are projections of people’s own desires are different: the God of terrorists is not the God of transcendentalists. Towards the end, Dr Ghosh played the devil’s advocate and asked a couple of tough questions but in a jovial tone. I answered and the session ended on a jolly note.

In India, I usually speak to engineering students, practically never to humanities students. While students from the humanities have been part of the audience during many of my talks in Western Universities, this was my first talk to an audience solely of humanities students, and that too as a part of their religious study course. My background in the sciences doesn’t equip me for addressing such an audience; so, I tried to tune my presentation based on what I had learnt from my discussions with devotee-scholars who teach religious studies in Western universities. Overall, I appreciated the thoughtfulness and sincerity of these students – their interest was more than academic.

A week after the class, Dr Ghosh called and told me that his students were still talking about my class, which he felt indicated that an interaction with a living practitioner of the subject they were studying had significantly impacted them.

The talk audio is here:

A Bhagavad-gita view of religious diversity