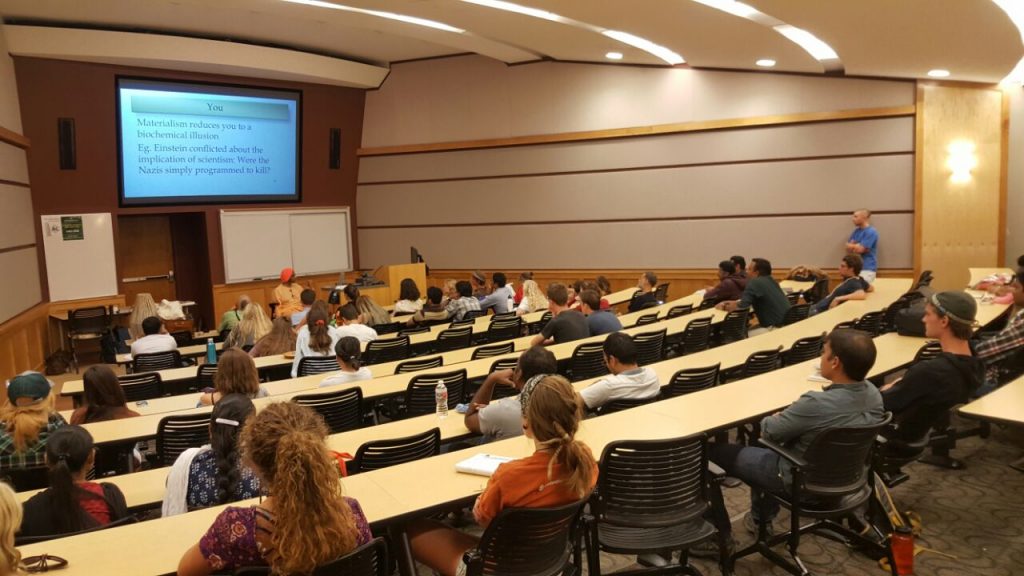 After one of my talks in an American university, a student who had heard attentively and asked good questions approached me and enquired, “What is your name? I couldn’t get it when you were introduced.” When I answered, she shook her head regretfully and said, “I will never get that.” Even just Chaitanya was difficult for her to repeat. One of her friends, who had tagged along with her and had been not so interested in the talk, just rolled her eyes and muttered something about unpronounceable names.

Later, when I shared this incident with some devotees, I came to know that many of them had faced similar problems. I heard several humorous narratives of how Indian names had been mangled by Westerners.

A devotee named Dr Ghosh told me that one of his acquaintances wrote a letter addressing him as Dr Ghost. Another devotee suggested cheekily that he could have signed off his reply with, “Always ready to haunt you, Dr Ghost,” thus repaying the sender in kind by misspelling help as haunt.

In my teenage years, I had noticed that many of my relatives who had emigrated to the West had adopted shorter, westernized versions of their names: Vivek became Vic, for example. When I had cracked GRE about two decades ago, several of my friends, who like me were set to go to the US for higher studies, had started calling me with a shortened and westernized version of my legal name: Chandrahas became Chandu (pronounced as Chaandu). At that time, I had thought such change of names was just a fashion, but now I realized it was often a functional necessity.

Driven by such necessity, devotees who have two-word or three-word names often shorten it to the first word. Thus, Jaya Jagannatha becomes Jaya or even more accessible as Jay. However, some names can’t be easily shortened. For example, Sita-Rama-Lakshmana das when shortened gives the feminine Sita, which becomes problematic when addressing a male.

Later, when I was in Toronto, Canada, and was talking with Bhakti Marga Maharaj about the challenges of outreach to Westerners, he said that the challenge begins with our name itself. He stressed that many people can’t get his name. I realized that shortening his name was not an option for him – the shortened name Bhakti is feminine. When I asked how he introduces himself, he laughed and replied “The Walking Monk.” Of course, that fits his profile perfectly because he has carved out a distinctive, even unique, identity for himself by his celebrated walks across all of Canada from one coast to another. However, not everyone is fortunate enough to have such a distinct identity and an apt identifier to go with it.

Later, one devotee suggested that I could introduce myself as “The Spiritual Scientist.” I was hesitant, feeling that the name was presumptuous, both spiritually and scientifically. From the spiritual perspective, I see the great sages of the past as spiritual scientists and myself as their aspiring servant – my website is simply meant to be a channel for their wisdom. From the scientific perspective, I am not exactly a scientist – I graduated in engineering, not science.

But on later thought, I felt that that is the best among the choices I have, and I may use it next year. Of course, despite that student finding Chaitanya difficult to pronounce, it is not all that difficult – the only thing is that it is not further condensable. I will use it as my first preference.

More importantly, Vishnu is glorified as sarva-naamavaan (the possessor of all names). So, the name spiritual scientist can apply to him too – he is the ultimate spiritual scientist. I will try to see the connection with Krishna of whatever name I have to use functionally, while cherishing the fact that I have been gifted a name that can much more directly remind me of Krishna.