“Have you had a near-death experience?” 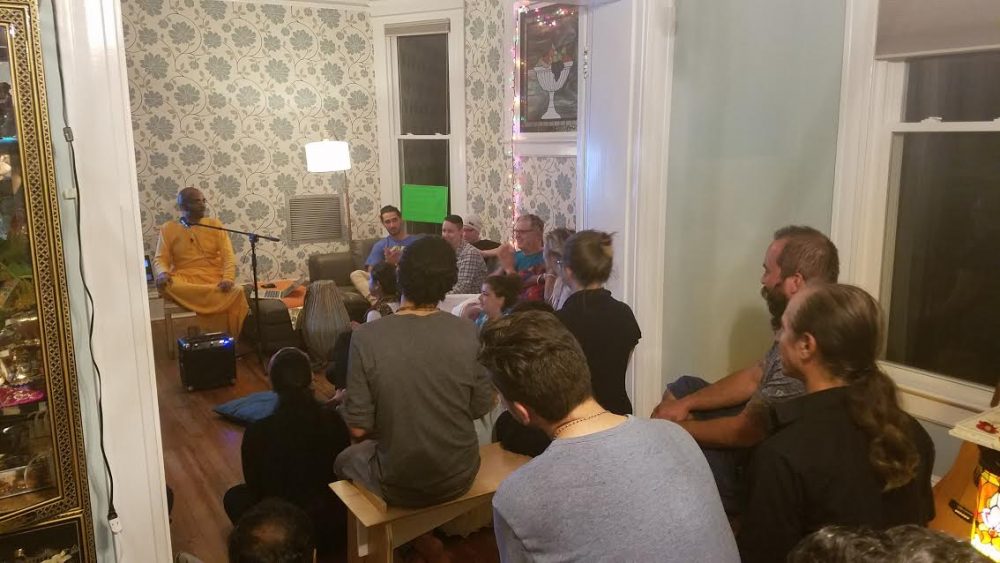 I often talk about how theoretical knowledge is different from experienced knowledge, but we don’t always know what we are talking about. I was reminded of this when I spoke at Jacksonville, Florida to students from the University of North Florida on “Near Death Experiences – Has the white crow been spotted?”

The title referred to renowned psychologist William James’ statement about the criterion to challenge ruling theories in science: ““If you wish to upset the law that all crows are black, you mustn’t seek to show that no crows are; it is enough to prove one single crow to be white.”

In my talk, I discussed a strong candidate for the white crow in near-death studies – a case that seriously problematizes the materialist dogma that consciousness originates in the brain. It is the case of Pam Reynolds who was made brain-dead as a part of a surgery called “operation standstill” and during that brain-dead period had a vivid near-death experience (NDE).

After the class, three among the twenty-thirty students said that they had had NDEs. Seeing this frequency drove home the reality of the statistic I had read: “IANDS (The International Association for Near Death Studies) reports that as many 14% people, especially in USA, have had NDEs.”

I answered that I had had not a near-death experience, but an out-of-body experience. Once nearly a decade ago I had been sick and had been hospitalized. While I was given an intravenous injection, something went wrong and instead of the fluid going into my body from the bottle, my blood started going into the bottle. I had dozed off during the injection. When I woke up and noticed what was happening, I became horrified and panicky. But suddenly I saw myself from an out-of-body perspective and immediately felt calm. After a few moments, I found myself back in my body. Still feeling calm, I pressed the nearby alarm button to call a nurse, who promptly fixed the problem.

My program in Jacksonville was held at the Bhakti House, a center run by a young couple: Amrita Keli Mataji, who is the Hindu Chaplain for the University of North Florida, and Lovelesh Prabhu, who is a software engineer.

While I have seen many youth centers managed by monks in India, this is the first youth center I have seen managed by householders, and that too in America. Amrita Keli Mataji and Lovelesh Prabhu have taken a two-story house, in which they live in one small part and open the rest of the house for students as a facility for staying and practicing bhakti.

One of the most inspiring features of being a traveling teacher of bhakti for me is seeing the commitment to outreach of devotees all over the world. Their dedication demonstrates that the zeal for outreach ignited by Srila Prabhupada burns strong in the hearts of his second generational American followers.